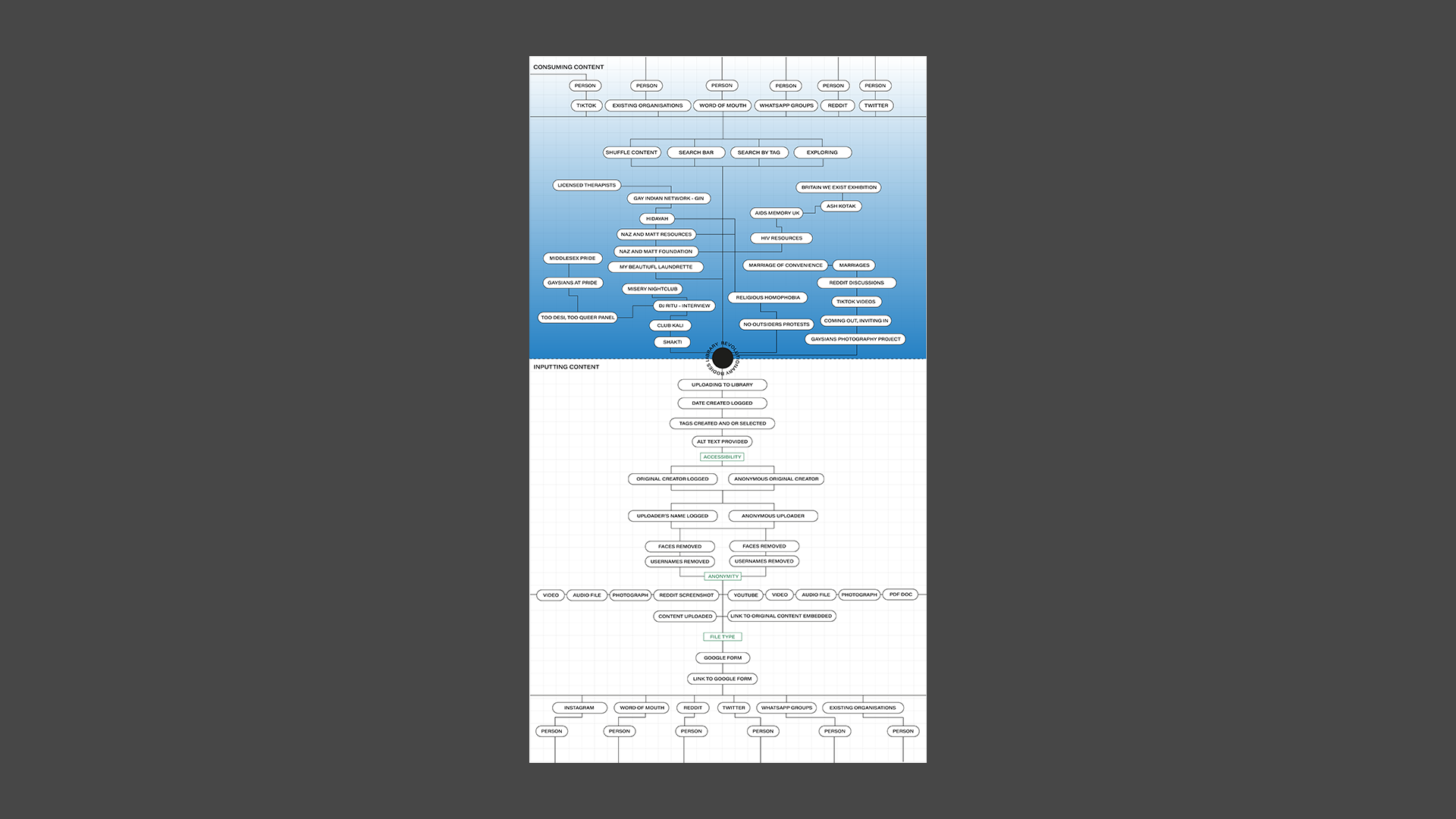 Revolutionary Bodies is a blueprint for a library of, and for, the British South Asian LGBTQ+ diaspora. Analysis of TikTok, Reddit and other platforms shows that information and resources used by the community are locked within generational silos. Rarely extending between age groups, communication takes place only rarely, exacerbated by the divergent social platforms used.

Revolutionary Bodies acts as an intermediary body between generations to help normalise a complex culture in which faith, gender, race and sexuality can be held simultaneously. Its framework makes the roots of this culture tangible, allowing users to trace the origins from countless perspectives. By crowdsourcing original media or links to content, information is shared between people so that stories and wisdom are not forgotten. Functions built in help users navigate the tension between visibility and vulnerability,  supporting anonymity, should an individual wish to invoke it.