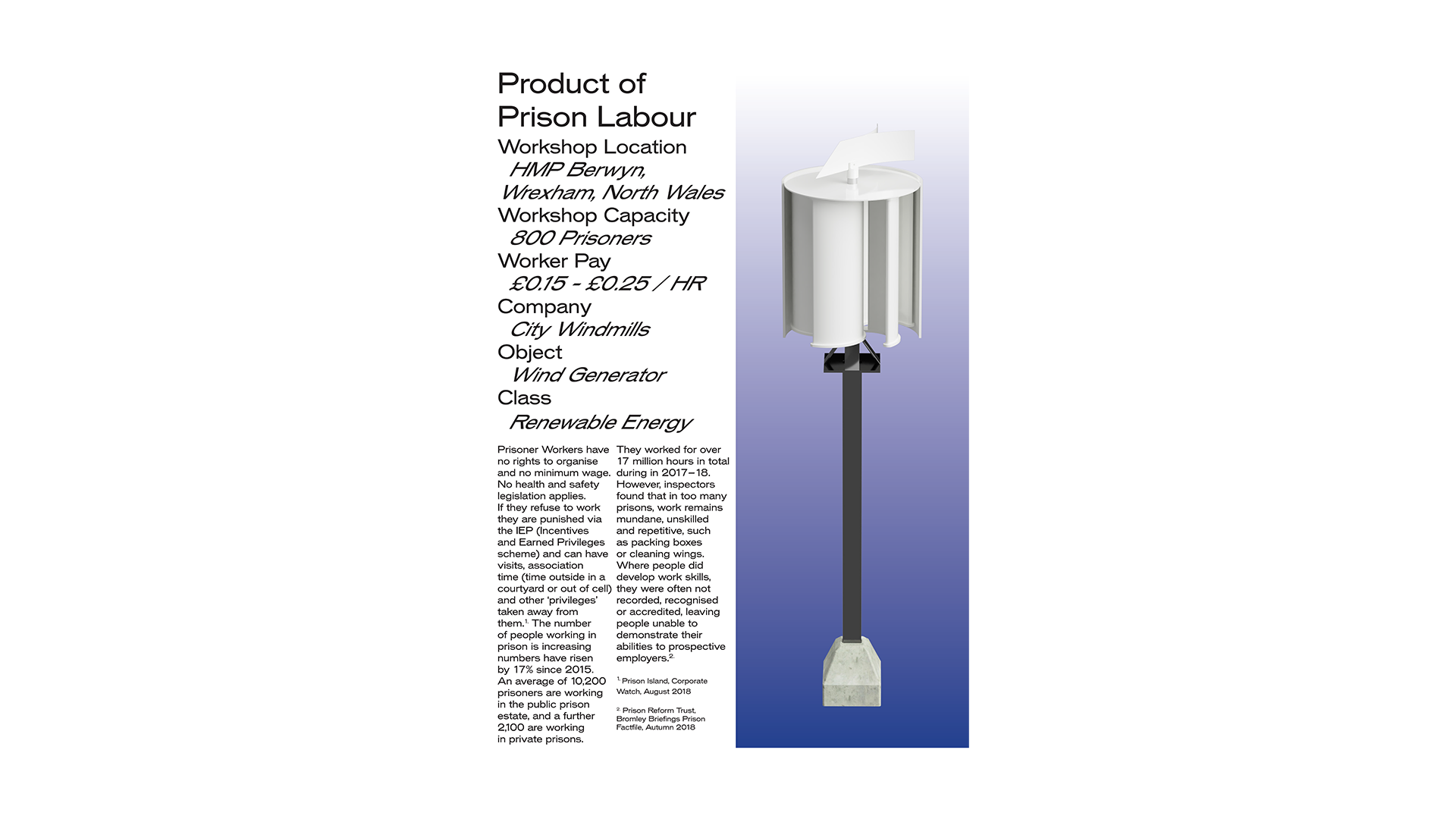 The prison population of England & Wales has quadrupled since the beginning of the 21st century, with around half of this increase taking place since the 1990s. There have been successive recessions and tough austerity programs in conjunction with this dramatic rise, leaving precarious communities without stable income, and without social support. In conjunction, our prison populations are disportionality made up of the most vulnerable and marginalised groups in our community; aka those whose access to income is already difficult.

Evidence shows  the chance of being incarcerated is largely economically determined. Simultaneously, recent governments have sought to privatise the prison system, turning it's growing population into a productive and cheap labour force. But what objects are actually produced in these factories? Such information is not readily available, this investigation sought to excise this data and explore Designs complicity within their production.