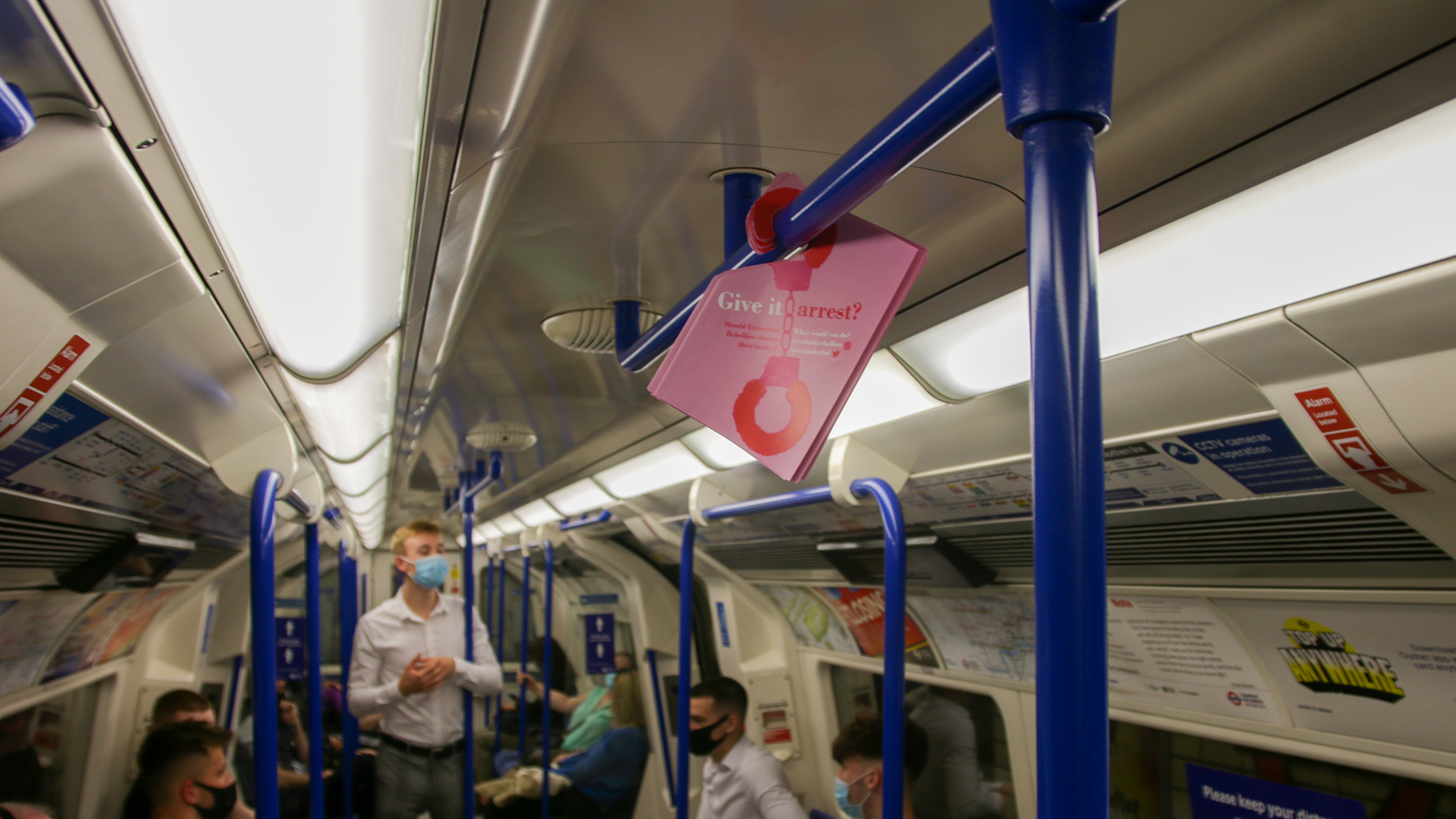 Give it Arrest is a design for direct action, to ‘tell the truth’ on Extinction Rebellion’s flawed theory of social change. While their use of theatrical mass arrest may have successfully declared the emergency, we still need to avert it. All too often protests fade away but the climate crisis will not. Without the time to wait for another movement, how should Extinction Rebellion evolve?

Through selective readings of social science, removed from their contexts, XR’s co-founder Roger Hallam found the “codes for social change” that now underpin rebellion. He states that  if 3.5% of the population mobilise the government will be forced to acquiesce or negotiate. Hallam fails to mention that of the 323 campaigns that the original study used, none were liberal democracies.

Extinction Rebellion’s racially exclusive demographic and Hallam’s dismissal of inclusive direct action would alone be reason enough to revisit its tactics. Given the need for urgent systemic change, the movement needs critical re-evaluation, not Hallam’s ‘Common Sense for the 21st Century’.

This is an open source design for action, intended to be cheap and mostly within the law. Tailored for social media activism, particularly Instagram, the action starts with printed paper but should spread online. Find more at (at)rethinkrebellion #giveitarrest. 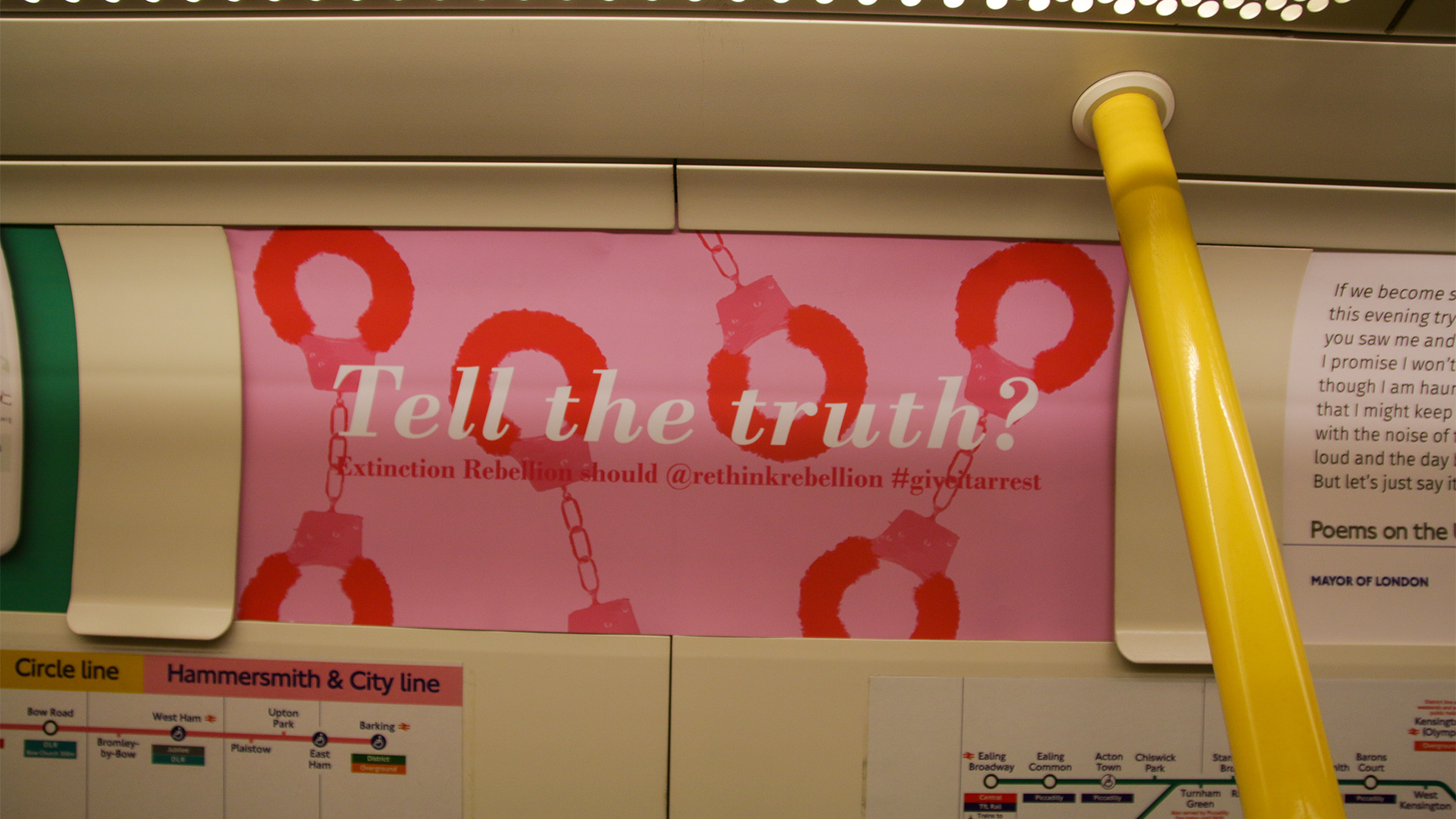