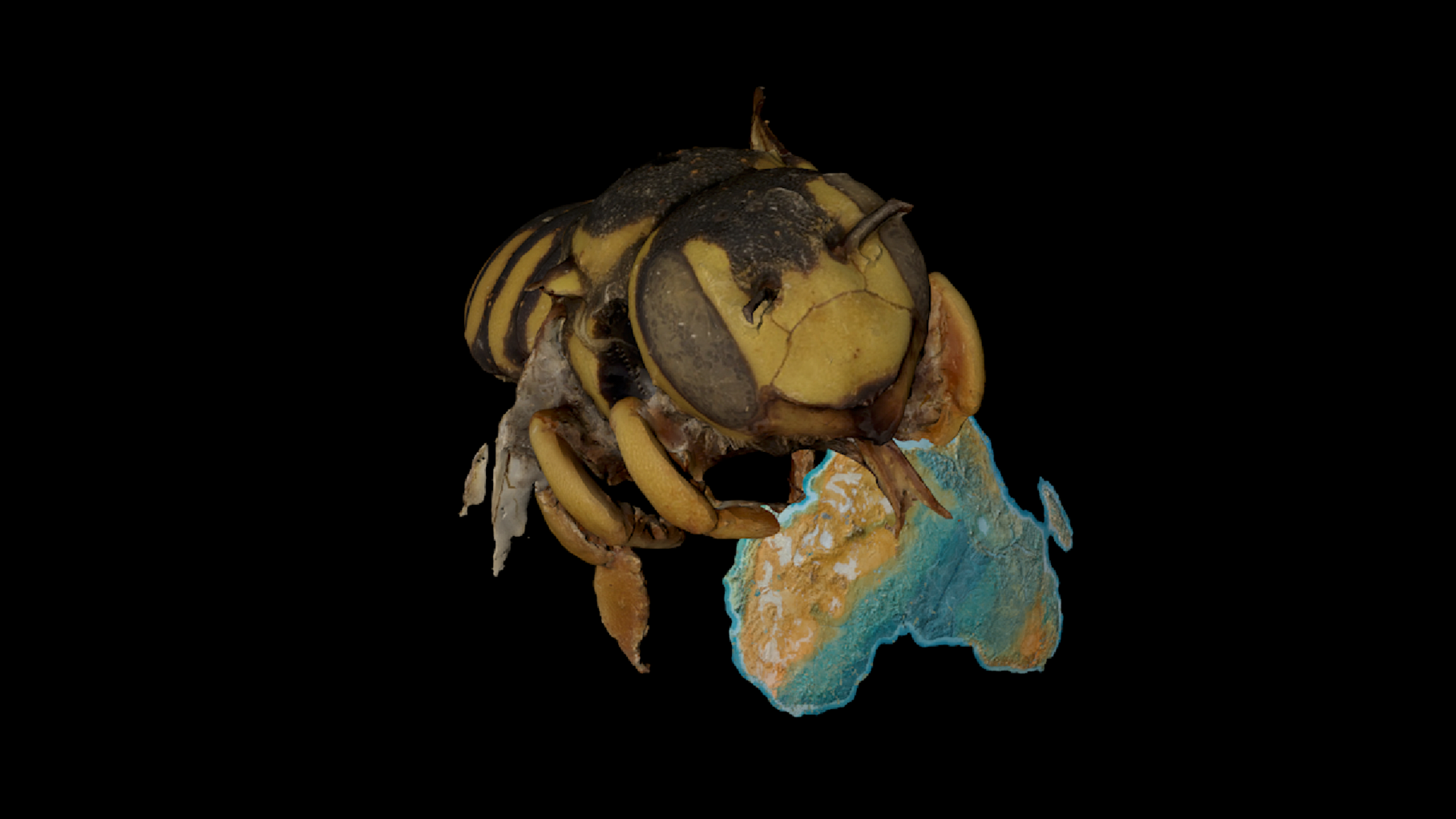 Presented here is one artifact of the ongoing critical investigation between myths, time travel, and social issues of the 21st century. This project showcases 5 unrelated objects, collected and featured at the British Museum. Conjuring a story illustrating the magical narrative of how Africa was removed from the world and sent to Saturn before its colonisation, Inside the Belly of the Beast depicts a contemporary allo history.

The goddess Oshun in rage and revenge sends back a western bi-racial nonbinary protagonist to their ancestors in Africa way before imperialism and colonialism took place. They who understand both their past, present, and future, are owned by linear western time. In order to be free and in order to save their ancestors, they must die while performing the ritual which removes Africa as a whole from the planet. By breaking linear time, only then can black identity be saved and black circular time become owned.

The first completed object is a gold totem worshiped by many surrounding indigenous cultures. Used in time of need of both water and escapement from suffering. One side shows a crowi shell and the other side a ghost-like face, one with no name, past, present, or future. 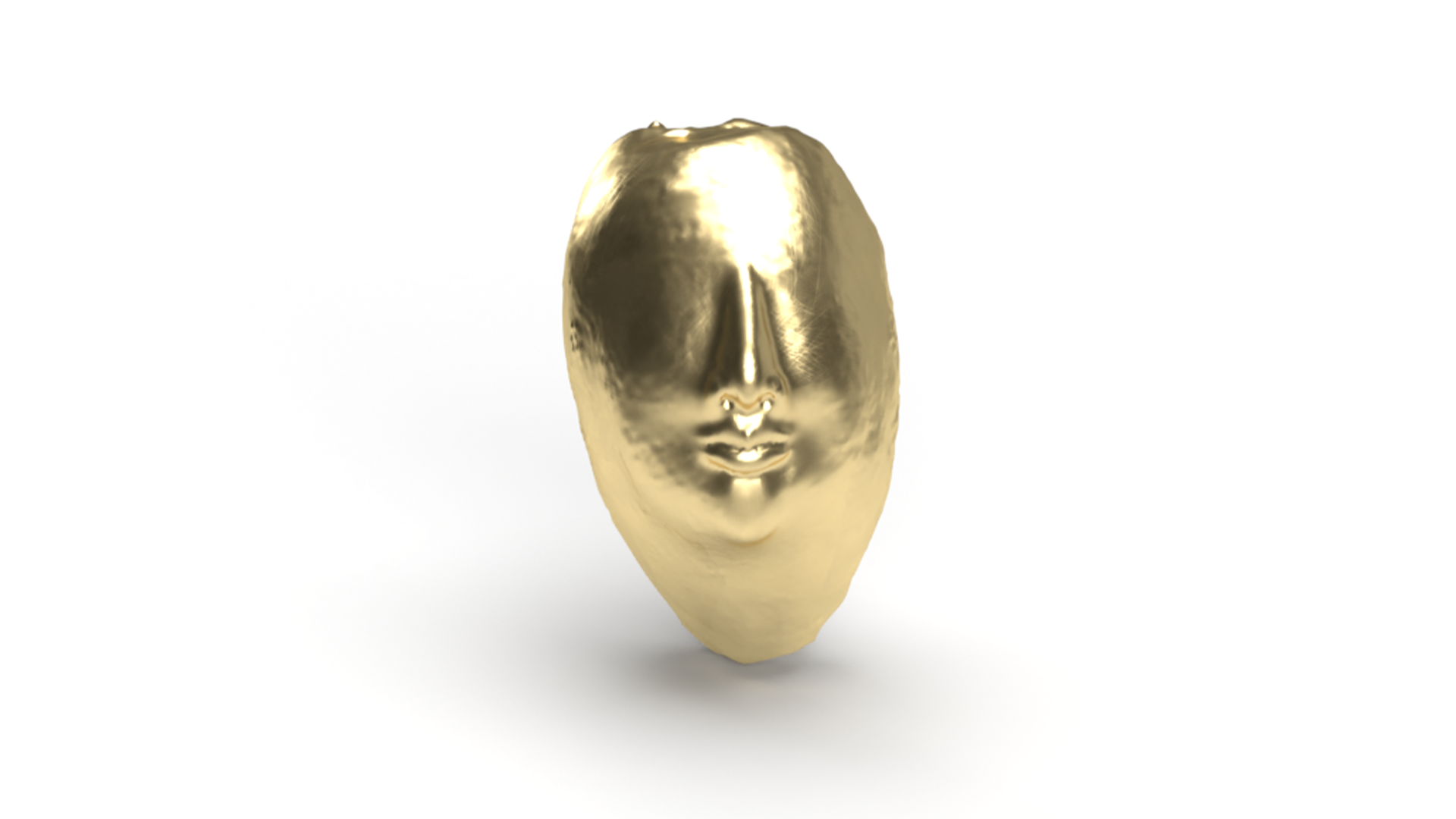