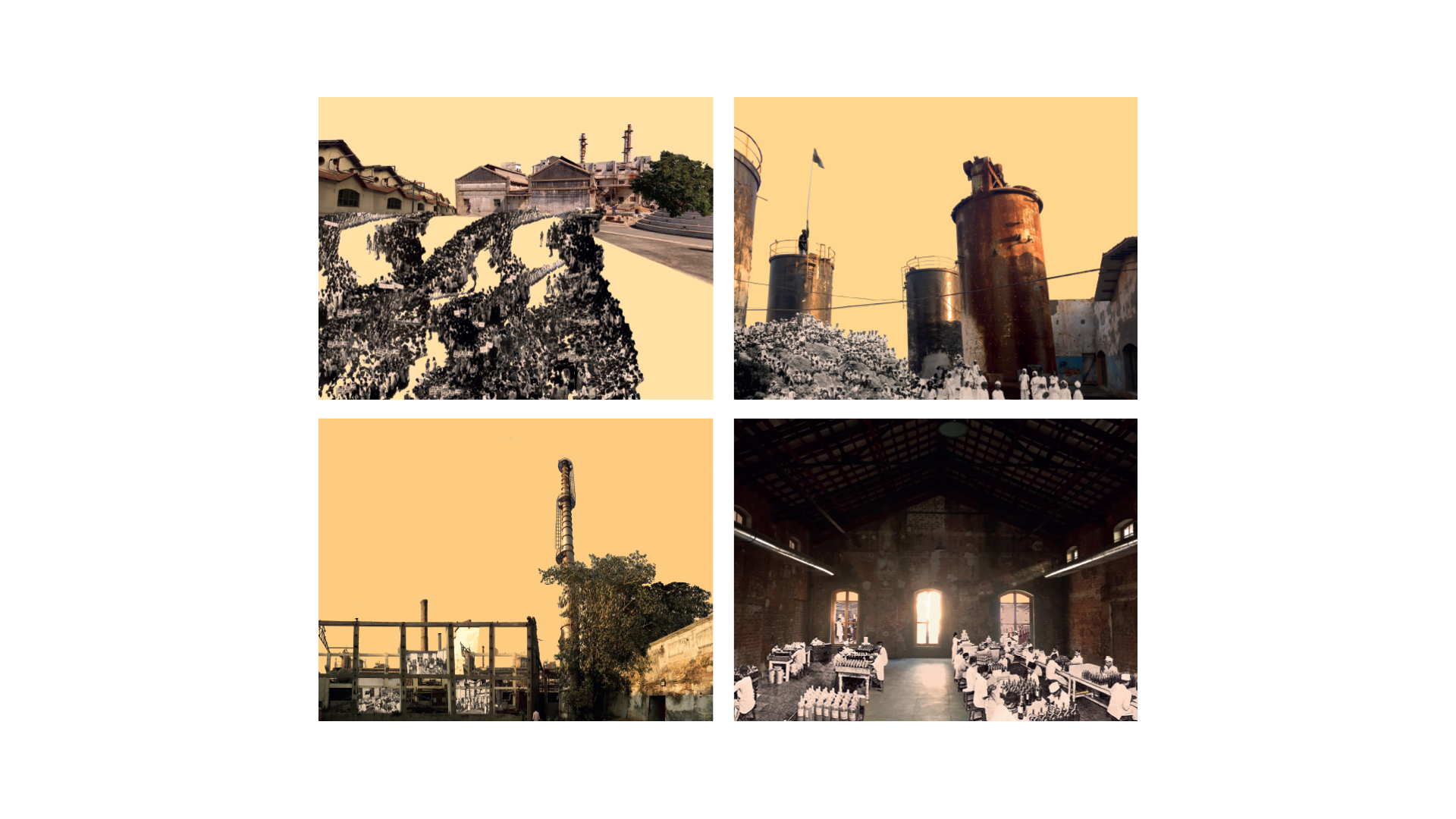 Alcohol prohibition has been in effect in parts of India since its independence in 1948. The law has colonial roots, when alcohol was heavily taxed by the British and Gandhi encouraged nonconsumption as a form of protest. Today, it is often used as a political tool that fuels corruption and sustains underground markets and unsafe production. Adding to the hypocritical and paradoxical nature of the law and its enforcement, some prohibitionists continue to leverage Gandhi’s ideologies to justify its relevance today.

This project subverts this by imagining a Malt March – a fictional demonstration against the hypocrisy of the prohibition law. Referencing Gandhi’s 1930 Salt March, the idea for a Malt March was conceived by anti-prohibition activists years ago, but never garnered enough support to actually take place.

These images describe the final part of the March, set in a particular distillery that operated pre-prohibition. It has been created using a pastiche of visual material from Gandhi’s Salt March, photos from when the distillery was in operation, and images of the site today to build a narrative about social reform, grassroots protest, and civil disobedience.