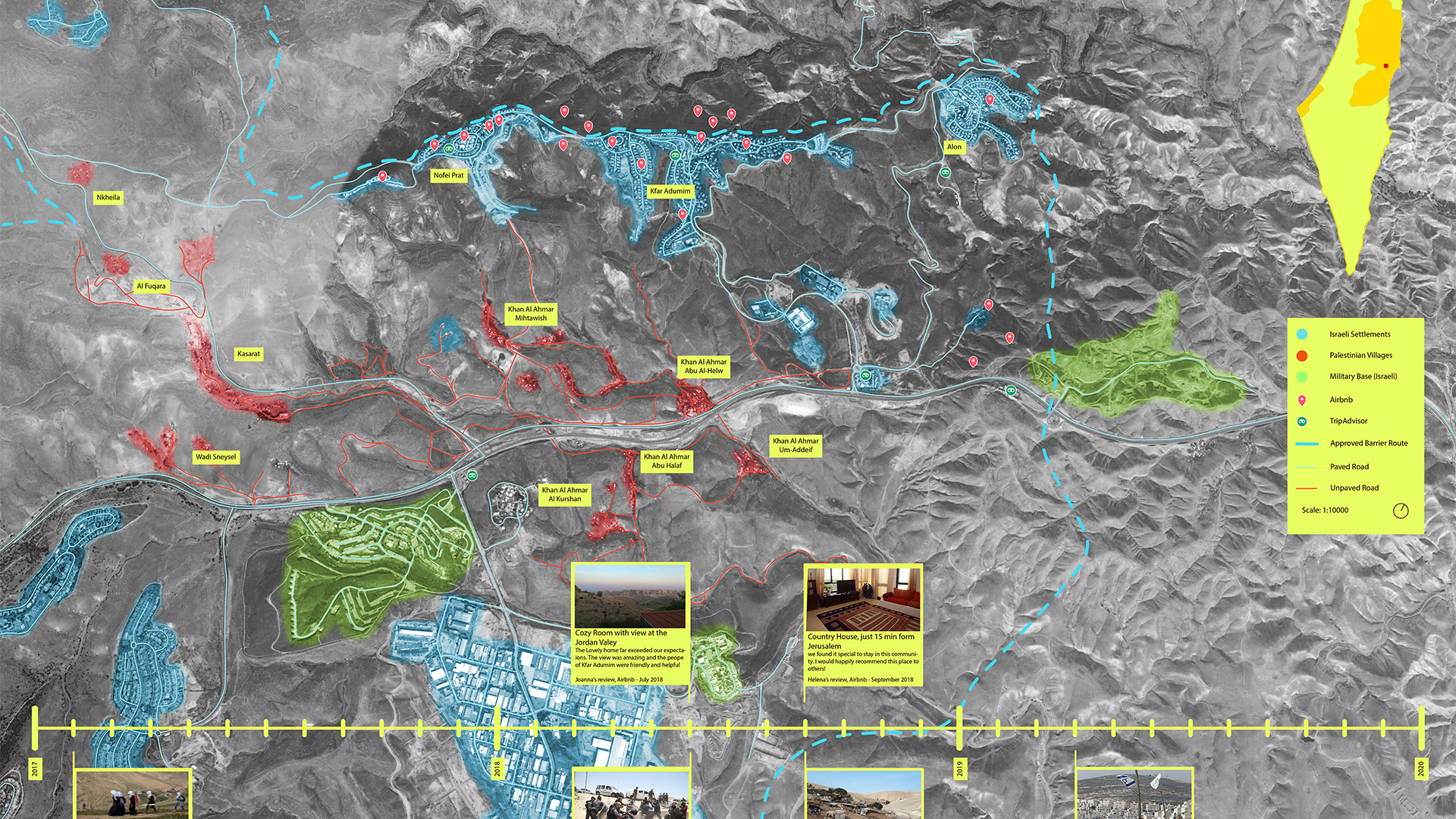 Digital tourism dominates the market of tourism and as a consequence, plays a major role in determining the way we experience regions around the globe. This year, platforms such as Airbnb and TripAdvisor, have been accused of profiting from “war crimes” by listing accommodations, activities and attractions in Israeli settlements in the Occupied Palestinian Territory.

In January 2019, Amnesty International called on these platforms “to stop providing these listings, and on governments around the world to take regulatory action to prevent companies such as these from doing business in or with Israel’s illegal settlements”. Currently, one of the most visited places in the West Bank is Kfar Adumim, a settlement 10km east of Jerusalem, situated next to Palestinian Bedouin village of Khan Al-Ahmar, which since the expansion of the settlement have been under threat of imminent demolishment.

This investigation attempts to shed light on the role of tourism platforms in normalizing and obscuring human rights violations towards Bedouin communities.